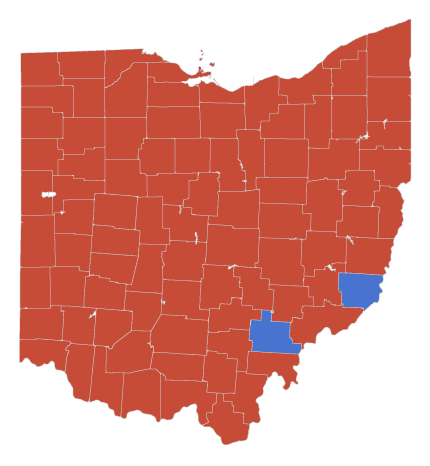 Election results for the Ohio Governor’s race. The Democratic candidate got his ass handed to him.

1. Well, that was disappointing, if not entirely unexpected. The smart money was for the Republicans taking the Senate, which is what they did; in 2015 they will have 54 seats, which is a comfortable majority, but not anywhere close to a veto-proof majority. So: Welcome the the Obama Veto Era, in which the president shoots down anything he doesn’t like, and that’s essentially the end of it. This means that gridlock will happen somewhere else than in the Senate, which is where it’s been for the last four years. No doubt this means we will hear Mitch McConnell and other Senate Republicans intoning about how this means the president is obstructionist, etc., which will be ironic, at least.

2. I’m not the sort of person dense enough to say “The…