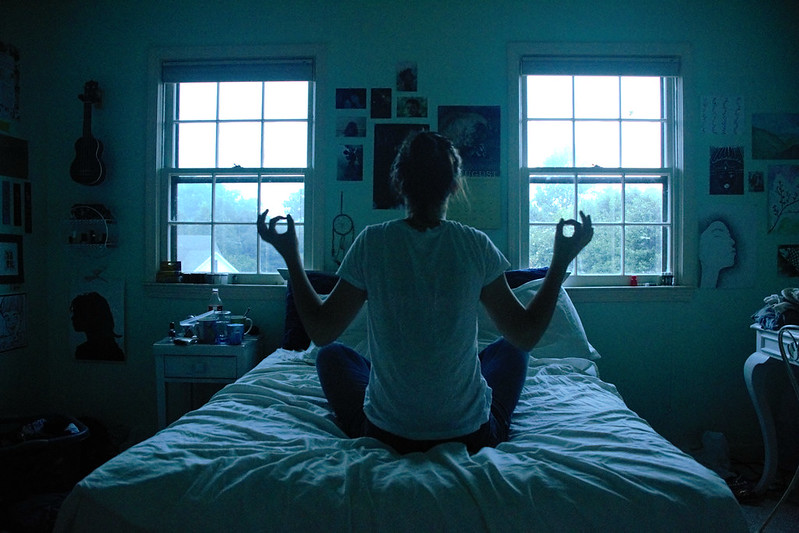 Last night was rough, sleep-wise. My 62-year-old bladder got me out of bed twice, then I was rousted out of bed in the early morning to move my car. We’re having insulation blown into our house from the outside and they needed the driveway. Of course, nobody told me this the day before. If I’d known, I’d have moved the car the night before.

I became aware of an impending migraine once I got back into bed. I was exhausted and strung out from multiple awakenings. My regular morning alarm came and went. All I wanted to do was to stay in bed where it was safe and warm. I didn’t want to do anything. I had client work to do, but didn’t want to touch it. I was tired and angry due to the multiple disruptions to my sleep. My head was starting to hurt even more. Then the fucking doorbell rang. I knew who it was: the insulation people said they’d  need to get into my basement and would ring my bell once they needed to do that. So, up and out of bed I went – cold, tired, headachey and very irritable. I threw a sweatshirt over my pajamas, stumbled downstairs and opened the basement door.

I needed something to get me out of the funk I was in. How about a start-the-day meditation over a cup of coffee or tea? That idea sounded appealing, so I went downstairs, scooped some tea into a tea pot and finished getting dressed while the kettle heated up. Then I poured the tea, portioned out some almonds and then cut up a ripe pear. I took out my cell phone, pulled up my meditation app and sat back to breathe and, eventually, relax. The wounds of the morning faded into the distance as I noted my breathing: in-out, in-out, in-out. I felt my body relax and  my outlook improve. Yes, I could do a little work and do it well. I could also write about my morning (a great way for me to get things out of my system), browse some articles I heard about the day before and enjoy the day.

So, here I am. The migraine aspirin is just now starting to kick in. My chest has unclenched and I’m breathing comfortably. I’m giving myself permission to write and relax, read a little bit and start my day, even though half of it is already gone. I’m munching on almonds and a pear. I think I’ll be okay.

I visited a neurologist yesterday, the last part of my visual hallucinogenic journey. We were following up on a recent EEG, to see if there were any faulty electrical impulses in my brain. Nope. None at all. Like the rest of my tests, the EEG was completely normal.

At this point, we’ve decided that the visual distortions are tied to my migraines. The neurologist said something about neurons depolarizing, and then went into a rather fascinating description of how the brain processes visual information. Turns out there’s quite a bit of activity in movement, from the back of the brain where the visual signal is first received, towards the front of the brain where it’s assembled and interpreted. It comes in stages. One stage is the recognition of angles, like the corners of tables and doors. From there the brain adds additional visual interpretation, like shape and color, and then figures out what it is. The eyes themselves have very little to do with it.

The theory is that migraines happen during the “angles” part of this process. Neurons depolarize (sorry, I have no idea what that means), leading to a series of misfires (I guess you could call them that) that go on to confuse the interpretive part of the process. That’s what causes the wavy visual aura that often precedes the actual headache. That’s why the visual distortions are geometric in shape – it’s all angles. My hallucinations were similarly angular and geometric, kind of like an aura on steroids.

That makes sense to me, more sense than seizures or any other neurological malady. For now, we’re not doing anything. If I start having these experiences more frequently, then we’ll consider options for medication.

Phew. I’m sick of running around to doctors and having endless, expensive tests that have nothing but “normal” results. It’s time to get on with life.

Oh – and happy first day of May!

Readers of this blog may remember my adventure with visual hallucinations back in November. They lasted for a day, were horrible, and necessitated a visit to our local hospital Emergency Room. Over the course of two weeks I had a CT scan and an MRI, a visit with a psychiatrist, neurologist and ophthalmologist. They took lots and lots of blood tests and I’m almost on first name terms with my primary care doctor. So far we’ve determined that I’m not psychotic, don’t have a brain tumor, don’t have anything wrong with my eyes other than the Fuchs Dystrophy they diagnosed earlier. My blood tests were negative except for a slightly elevated liver function which probably was a hold-over from my cold of the week before. In a word, nothing. They have no idea why I got those hallucinations.

Well, guess what? I just got another set of them today! Oh wonderful – I got to drop what I was doing and get over to my doctor’s office and tell him all about it (this was another doctor on the health care team. My primary is a woman). I described the symptoms: flashy lights, walls that looked “off” somehow: rough, like wallpaper had just been removed. I also saw things in front of the walls that weren’t there, like card holders and drawings. Every time I shut my eyes, I got an explosion of running stick figures or flashy ribbons of light that were turning themselves into people, from the muscles on out. Very, very weird.

At this point, though, we’ve eliminated all but two possibilities: ocular migraine or seizures. I’m waiting to hear back from the doctor’s office with an appointment for an EEG, after which we should have a better idea.

I wonder if this is some type of ocular migraine? According to what I’ve read, they’re very hard to diagnose and are often identified only when all other possible reasons for the symptoms have been eliminated. You can read all about it here.

I’m not experiencing the hallucinations now. I spent a half hour walking to and from the bus stop to get to my doc’s office, then spent another half hour shoveling snow and spreading salt and sand over the frozen parts. I think I beat the thing out of me.

I also suffered a massive migraine about a day or two after the hallucinations. It was the worst migraine I’ve had in years and I was unable to hold down any food until the very end of the day. 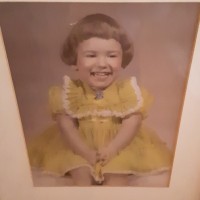